Botox is the brand name for botulinum toxin, but it has become almost a generic term, proof of its popular success. Since 2002, it has obtained the label as a drug for certain facial wrinkles, with more than two million Botox injections worldwide every year. Botulinum toxin has transformed aesthetic medicine and anti-aging medicine.

How does botox for the face work?

Botox® is a registered trademark of botulinum toxin A caused by botulism, a disease caused by Clostridium botulinum.

This toxin was identified as early as 1946, but it was in the 1970s that Dr. Jean Carruthers, an ophthalmologist, used it to correct strabismus associated with muscle hypercontraction. The result worked perfectly but he observed a second effect: his patients were looking younger. This is how Botox was then used in aesthetic medicine, making botulinum toxin the world's first anti-wrinkle drug in 2002.

Wrinkles are one of the most visible evidence of facial ageing. Its occurrence depends on two main reasons:

Static wrinkles appear as the tissues under the epidermis lose their volume, leading to a hollow (naso-labial fold) where the epidermis "falls off"

-Expression wrinkles occur because the skin and the envelope of the skin muscles (SMAS superficial musculo aponeurotic system) lose their elasticity and do not gain back their shape after contraction, leaving a persistent fold.

Botulinum toxin acts by binding to acetylcholine receptors, a mediator in the synapse that gives the muscle the instruction to contract sent by the nerve.

Botox is a neurotoxin that paralyzes the muscle by relaxing it and stopping it from contracting: it is known as a muscle relaxant effect. This muscular relaxation leads to a toned skin and the wrinkle fades away. Botox will thus not have this smoothing anti-wrinkle action on static wrinkles, but only on the muscles of the skin accountable for our expressions and therefore the lines of expression.

Indications: who botulinum toxin injection are meant for ?

The purpose of a Botox facial injection is to eliminate the negative effects of muscle hypercontraction on the surface of the face, whether these abnormalities are congenital or acquired.

Botox injections are the ideal solution for erasing dynamic wrinkles on the upper face (expression lines), which are noticeable very prematurely from the age of 40.

Botox injection makes it possible to remove the following:

Not only is the face refreshed and looks younger, but the Botox facial injection removes all your negative expressions (severity, fatigue, sadness ...).

Contours reshaping with injections of botox

Botulinum toxin is used for facial reshaping to correct hypercontraction of the skin or deep muscles:

It is a standard injection procedure performed in the medical facility of the Clinique des Champs Elysées Dubai.

Depending on the desired goals, the physician will determine the muscle to target, the entry point and the appropriate dosage.

He selects the right dose of botulinum toxin to obtain a natural effect, without freezing your skin muscles or your expressions.

The result becomes visible little by little over a few days, with a stable effect around D10/J15.

The before and after of a Botox injection is unquestionable, with a younger, more harmonious and cheerful face.

However, the result is temporary, as the botulinum toxin is naturally broken down in four to six months. This action is often a little shorter after the first injection, but it becomes ideal after the second injection. 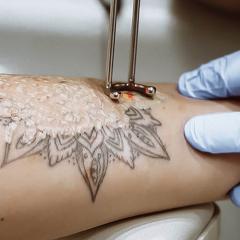 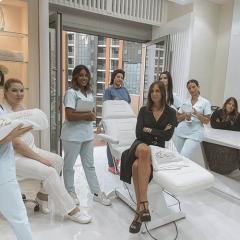 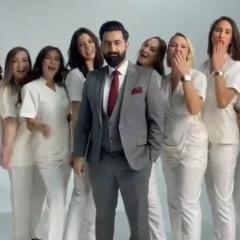 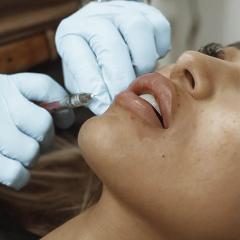 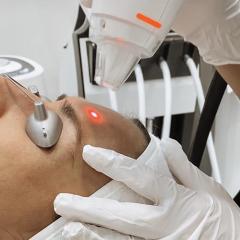 Access 04-5689555
Send us a message
X
Information about cookies
By continuing your visit to this site, you agree to the use of audience measurement cookies from our website in order to make statistics of visits to our site.
To learn more and set cookies
click here
X
When you browse our site, information may be recorded or read in your device, subject to your choice.
Do you accept the deposit and reading of cookies to analyze your browsing and allow us to measure the audience of our website?